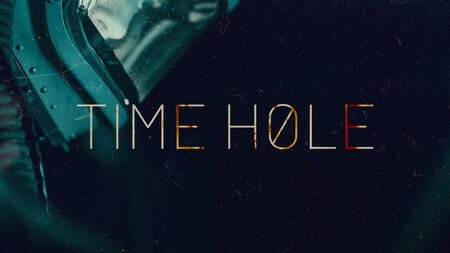 Dr. Alexander Nawrocki, former director of the National Aeronautics and Space Agency of Canada, delegated to NASA, with top-level responsibilities, will be a RedDeerGames advisor during the production
of the “Time Hole” game.

Dr. Alexander Nawrocki will advise RedDeerGames on the production of an indie horror game inspired by classics such as "Space Odyssey" and "Solaris", the plot of which is set on a secret, manned space station placed on orbit near the Moon. More about the main character and his story will be revealed during the premiere, which is scheduled for the fourth quarter of this year.

- Establishing cooperation with our expert coincided with the company's approaching the end of the road show and the acquisition by Airspeed Equity (a Californian investment fund, managed by Dr. Alexander Nawrocki) of participation rights in the already prepared by us, another private investment round, addressed to selected Investors. It is an expression of great trust in our studio and faith in its success. Hosting many great shareholders among the people involved, not only in the capital, but also operationally, undoubtedly accelerates the company's development - says Michał M. Lisiecki, president of RedDeerGames.

Dr. Nawrocki holds a Bachelor's Degree with Honors in Electronics, a Master's Degree in Computer Science ("Summa Cum Laude"), and a Ph.D. in Space Engineering. He was the director of the National Aeronautics Agency and Outer Space in Canada, delegated to NASA, where he performed duties at the highest level (he managed 1,200 engineers), director of air traffic control in Houston, professor at the Polytechnic in Montreal, an astronaut coach. He is one of the authors of the Java programming language. Currently, as a businessman, he has many of his own companies, including 8 companies in Poland. It employs approx. 800 engineers, 420 of which are in our country. One of his companies, Airspeed Equity, which helps in the development of young entrepreneurs, has so far invested in 31 startups from various industries.

- It is an amazing experience for the team to work on the production of the game "Time Hole" with a world-class expert, Dr. Nawrocki. The action of our survival horror takes place on a secret space station, in the building of which we want to use the knowledge and experience of Dr. Nawrocki as a director at NASA and the controller of the shuttle coordinating the repair of the satellite in space - adds Dominik Czarniga, producer and creative director of RedDeerGames.

Dr. Alexander „Rocky” Nawrocki specializes in the development of international technological infrastructure. He is fluent in 7 languages. He has over 20 years of experience in technological leadership and management in many fields related to technology and its development. He has extensive management experience. He is a founding member of the Java Consortium and is active in several other Technology Standards Boards and chairs various technical and advisory committees.

Dr. Nawrocki was an early investor in Proximetry, a company that provides network and performance management solutions for wireless networks. He is a co-owner of Ameritege Technology Partners, which was founded in 1999 as a company specializing in purchasing business software. Ameritege has successfully acquired or made significant investments in twelve companies, including JB Systems Inc.

He also worked as a professor at the École de technologies supèrieure (ÉTS), teaching "Object-Oriented Software Engineering" and as a professor at the École Polytechnique de Montrèal Educational Institution, teaching "Space Flight Operations" and "Space Tele-Robotics". Before his career as a professor, Dr. Nawrocki worked for NASA and the Canadian Space Agency in Montreal, Canada, as ground segment manager, astronaut training manager, and space operations manager. He was also assigned to the NASA Johnson Space Center in Houston, Texas as a robotics manager, space operations designer for the space shuttle and the international space station. He was also a shuttle flight controller.

RedDeerGames (RDG) is an independent development studio, present on the gaming market only from the fourth quarter of 2018. The company is a producer and publisher of proprietary indie games and titles from other producers sold worldwide in the digital distribution model, via dedicated platforms, especially Nintendo eShop, Microsoft Store, and STEAM which are the largest distributors of games and applications in the world.

Podobne komunikaty
Two new titles in the RedDeerGames portfolio
"Little Mouse's Encyclopedia", on Nintendo Switch, Xbox One and Xbox Series S | X available from April 23, 2021. Pre-sale has just started.
PMPG Polish Media S.A. announces establishment of a company in Switzerland and changes in the Management Board. Katarzyna Gintrowska – appointed a President of the Board of PMPG Polskie Media S.A. Ilona Weiss – appointed a Chairman of the Board, CEO of B-8 International AG
„Little Mouse's Encyclopedia” coming soon on Nintendo Switch, Xbox One and Xbox Series S|X
Statement by the Group #TomekMackiewicz43
Polish Investment Zone: A new dimension in the economic relations between Poland and the USA- The first Polish –American Leadership Summit – Miami February 2018
Better-than-Forecast Performance – PMPG Polskie Media Summarises Its Successful FY 2016
“Biała magia”- the first single in Polish and a holiday video clip by Ola Gintrowska